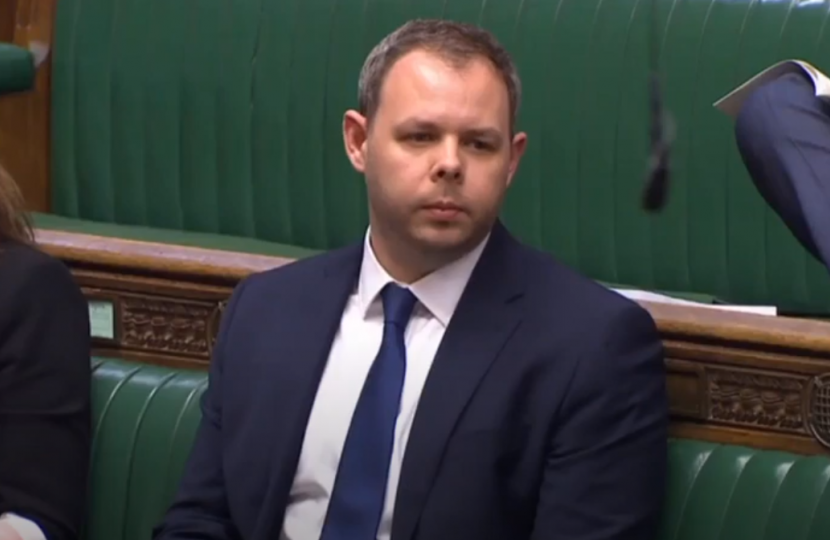 Burnley voted Conservative for the first time in 109 years on 12 December 2019 and that was a big vote for change in the borough.

For too long the borough has been represented in Westminster by MP's who have ignored the views of local residents. Antony's plan puts Burnley and its surrounding areas, like Padiham, Hapton and Worsthorne, at its heart.

In the referendum of 2016, and at the 2019 General Election, the people of Burnley made a clear decision. Antony's first vote in the House of Commons was to deliver on the referendum decision and take the UK out of the European Union. Since then, Antony has consistently voted to leave the EU on the cleanest possible terms, and has joined the Future Relationship with the EU Committee to ensure his promise, made during the election campaign, is delivered.

Antony believes that Burnley's future after Brexit is bright. By opening up the UK to the world, securing new free trade agreements with friends and allies, the UK and Burnley has a real opportunity to build on its strengths. Supporting local manufacturers as they explore new markets, creating high quality jobs and extra opportunities.

As the economy grows so can investment into the public services that everyone relies on every day. That's why Antony is committed to recruiting 20,000 new police officers, ensuring we get out fair share for Lancashire Police; investing in the NHS, including Burnley Hospital; and increasing schools funding locally.

3. Bringing the Northern Powerhouse to Burnley

Working with the Northern Powerhouse and Government Antony will ensure that local infrastructure keeps pace with the local economy, so success doesn't result in congested roads. He will ensure the Government delivers on the pledge for super-fast broadband so Burnley can be at the cutting edge of digital start-ups. And he will bring together the public and private sector so Burnley can become a high-tech manufacturing centre.

4. Turn Burnley into the North West leader in technology education

As Antony said in his maiden speech in the House of Commons, the world is changing rapidly and he is committed to ensuring that our young people have the skills they need to lead the world in the 21st century, not the 20th century. That means greater technology education so that the best place to launch a digital start-up, or high-tech manufacturing business, is here in Burnley.

The fight to beat Coronavirus is the battle of our generation and it is no less a fight than any that have come before. Antony is working closely with the Government and local council to ensure the borough has what it needs to win this fight. For more information, see the specific Coronavirus section of the website.