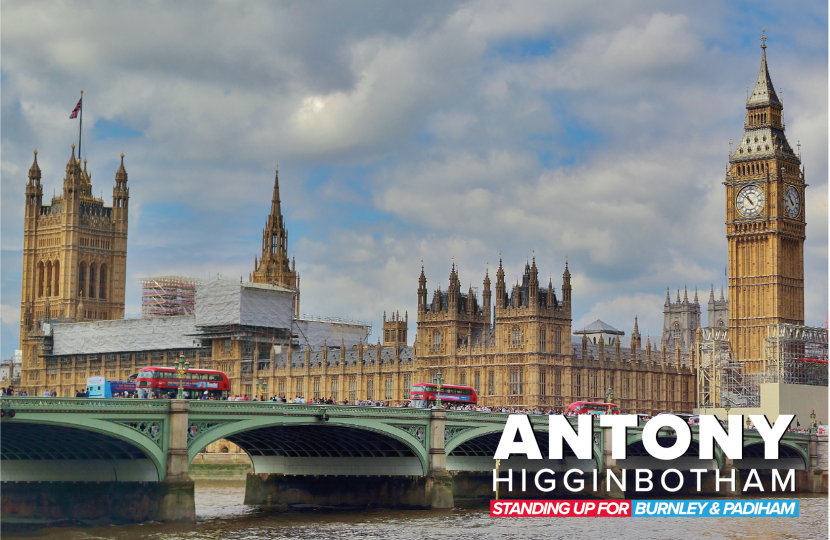 Last week Parliament prorogued, ending the Parliamentary session that began last May. And during this session a huge amount has been achieved, including 19 core pieces of legislation.

For too long residents locally have been losing trust in our criminal justice system. Restoring that trust is an absolute must – ensuring the punishment always matches the severity of the crime. That’s why so much of the legislation approved this session is on that subject. The Policing Act gives the Police the additional powers they have said they need to combat crime and create safer communities, while overhauling sentencing laws to keep serious sexual and violent offenders behind bars for longer.

Domestic abuse victims will be offered much greater support, higher maximum penalties will be introduced for child cruelty offences, judges will get powers to hand down life sentences to dangerous drivers who kill on our roads, and the automatic early release of offenders deemed to be a danger to the public will finally end.

Through the Judicial Review and Courts Act we have also delivered on the manifesto commitment I made to ensure the courts can’t be used to constantly delay immigration deportations. So once a judge has rejected an immigration appeal, that’s it. No more appeal after appeal, abusing our system and costing the taxpayer.

The Nationality and Borders Act is one I have covered extensively in this column before and, with the new deal with Rwanda, will help to address the unacceptable number of illegal migrants as well as reducing cost for taxpayers by ending the use of hotels and replacing them with reception centres. Unsurprisingly the Labour Party tried to block this more than 20 times but we got it through and it is now law.

Others Acts passed include the Elections Act – introducing voter ID to crack down on voter fraud; the Marriage Act – to protect children from forced marriage; the Down Syndrome Act – to ensure those with Downs Syndrome, who are now living longer thanks to modern medicine, are offered appropriate support; and the Skills Act – ensuring there is proper skills provision for our young people and adults looking to re-skill, from careers advice through to better links between colleges and employers.

Next week the Queen will attend parliament for the State Opening, delivering the Queen’s Speech which sets out the legislative priorities for the next 12 months. And given this year we celebrate both the Platinum Jubilee and her 96th birthday, it is particularly inspiring that she continues to perform these duties.