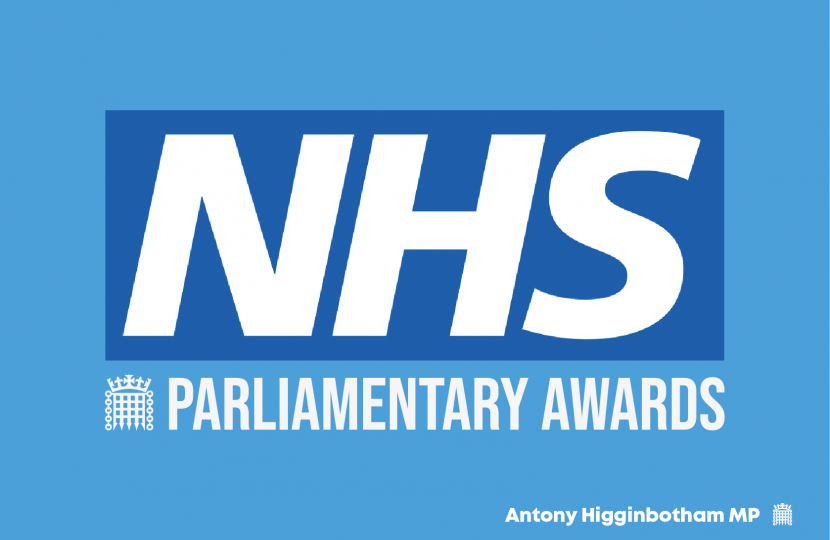 Burnley MP Antony Higginbotham has announced the local health and care workers he has nominated for the NHS Parliamentary Awards this year.

The national awards were set up in 2018 for the NHS’ 70th Birthday to recognise the massive contribution made by the individuals who work in and alongside the NHS.

This year the NHS Parliamentary Awards highlight some amazing examples of care provided from all NHS services, including but not limited to hospitals, community services and local practices.

Antony Higginbotham MP was among over 260 MPs in England who put forward outstanding nominees who have innovated, impressed and made a real difference to how local health and care services provide care for patients.

After seeking nominations from residents, Antony entered two nominees in the national competition with the following representing the Burnley constituency.

Everyone in Burnley and Padiham is rightly proud of our local NHS and care services, The Coronavirus pandemic has shown the determination and bravery of thousands of NHS, care and key workers across our borough and so I’m delighted to be taking part in the NHS Parliamentary Awards as a way of thanking and recognising the people who work in or support those services.

I wish both the East Lancashire Fall Response Service Team and Sam Tyrer the best of luck.

Nominees put forward by MPs across England will initially be judged by senior local and regional NHS experts to find regional champions in each category, which will be announced later in November and will be featured in The House Magazine.

These regional champions will then be judged by a national panel made up of senior clinicians, union leaders, former winners and patient representatives, with the overall winners announced at a special awards ceremony held in Parliament on Wednesday 7 July – the week of the NHS’ birthday.

Support our NHS so you and your family have better local services when you need them.