Antony: my first loyalty is, and always will be, to you - the people of Burnley and Padiham 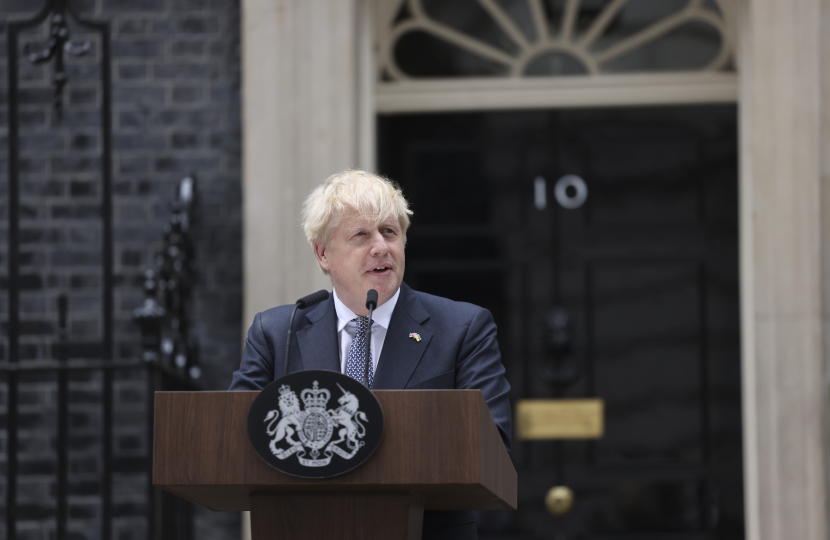 The 2019 General Election was momentous. When I took the opportunity to stand – to put myself forward as your possible Member of Parliament - I did so because I wanted to see a better Burnley and Padiham. One where we did things differently; where opportunity was spread equally; where our borough was growing and thriving; and where the focus of government moved towards places like ours. Because I thought we had been left behind for too long.

And it was a vision shared by our Prime Minister, Boris Johnson. He grasped nettles that no one else wanted to, and got things done. Over the last two and a half years we have achieved so much. Taking the UK out of the EU, dealing with a deadly pandemic – vaccinating at lightspeed to become the first country to unlock, and putting levelling-up at the heart of what Government is doing. And that work continues, dealing with a war on the European continent, and now a rising cost of living as a result. It has been anything but an easy period.

All the while delivering improvements for our borough and forging on with the manifesto promises every Conservative MP made. Recruiting more police and toughening up sentences, creating a new points-based immigration system, expanding opportunity with record school funding, and investing in areas like ours. £20 million from the Levelling-Up Fund, almost £4m for Pioneer Place, £10m for Padiham’s flood defences.

My focus has remained the same - delivering improvements for residents in every area of life.

The question for all of us this week was whether we could continue as we have done for the last few months. Whether Government could still rise to those challenges.

Our historic win in 2019, and delivering for our borough, is about more than one person and my focus must be ensuring the Government continues to work for us. Through good times and bad.

It is for that reason that I came to one of the most difficult decisions I have faced - that I can no longer in good conscience continue supporting the current leader of my party.

Loyalty matters. But as the Member of Parliament for Burnley and Padiham my first loyalty is, and always will be, to you.