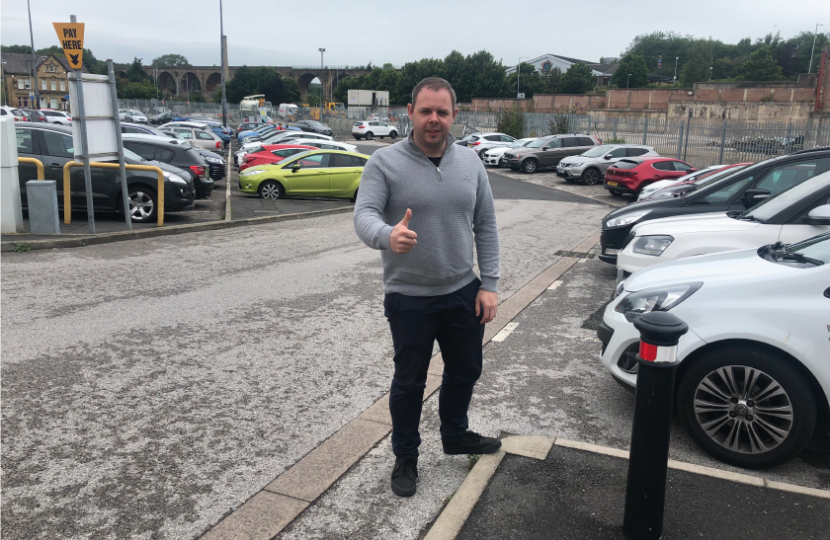 Burnley has received a cash boost of £3,681,400 from Government’s Getting Building Fund to regenerate the town centre and deliver the Pioneer Place development after successful lobbying from local MP Antony Higginbotham and inclusion on a list of ‘shovel ready’ schemes from the Lancashire Local Enterprise Partnership.

The £900 million fund, which was announced by Prime Minister Boris Johnson in June as part of the Conservative Government’s New Deal for Britain – an ambitious economic strategy to rebuild Britain after coronavirus, by putting skills and infrastructure investment at the heart of our economic recovery.

The Pioneer Place development includes plans for a cinema located in the town centre to attract more visitors, new food outlets and additional retail space. It forms an important part of Burnley’s long term growth plan, creating an attractive space for businesses to locate and residents to visit.

Since the announcement of the PM’s New Deal, and the decision of Lancashire’s Local Enterprise Partnership to include it on the list of local schemes that could be completed, Antony said he had been lobbying Government publicly and privately and was delighted by the news that it has been successful. This is particularly the case given last week’s news that the scheme could be at risk as a result of Covid-19.

“I was elected on a clear promise to give Burnley a voice in Parliament and secure the extra investment from Government that would bring. I’m therefore delighted that after lobbying for this the Government has recognised the potential our town has and provided such a substantial amount of additional funding,” Antony said.

“This scheme will benefit the whole borough, creating a place where businesses want to locate, and people want to visit. I’m looking forward to seeing the Council move the scheme forward and get shovels in the ground so we can get much needed regeneration to the town centre.”

The Prime Minister’s New Deal accelerated more than £5 billion of investment on infrastructure projects, including the Getting Building Fund and flood defence funding which Padiham is benefitting from, while the Chancellor has also recently set out a Plan for Jobs, to support people in the wake of the coronavirus outbreak.

“As we get Britain building we are also laying the foundations for a green economic recovery by investing in vital infrastructure for local communities, creating jobs and building environmentally-friendly homes with a huge £1.3 billion investment announced today.”

“This Government is determined to level up all parts of the country and this funding will not only give a much-needed boost to our economic recovery, it will help build the good quality, affordable homes the country needs.”

It builds on the commitments made by Boris Johnson and the Conservatives during last year’s General Election to level up the whole country, investing in infrastructure and communities across the whole country. The Prime Minister’s New Deal accelerated more than £5 billion of investment on infrastructure projects, including the Getting Building Fund, while the Chancellor has also recently set out a Plan for Jobs, to support people in the wake of the coronavirus outbreak.