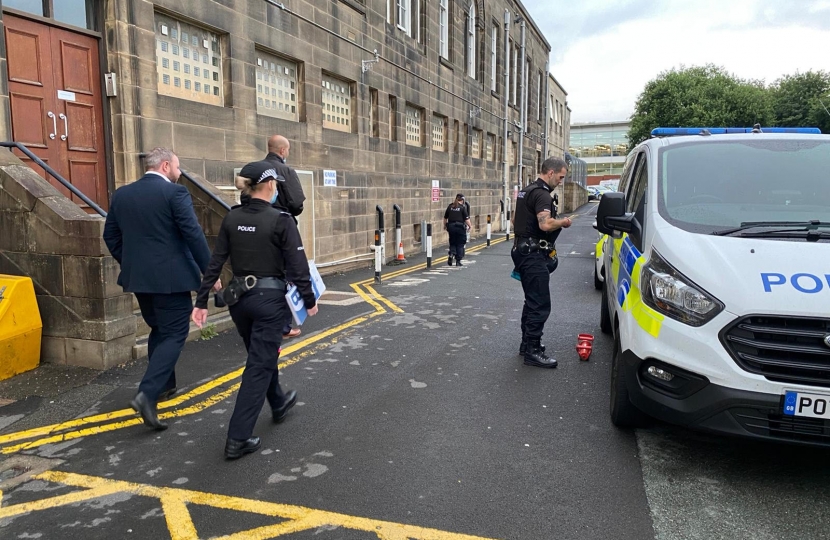 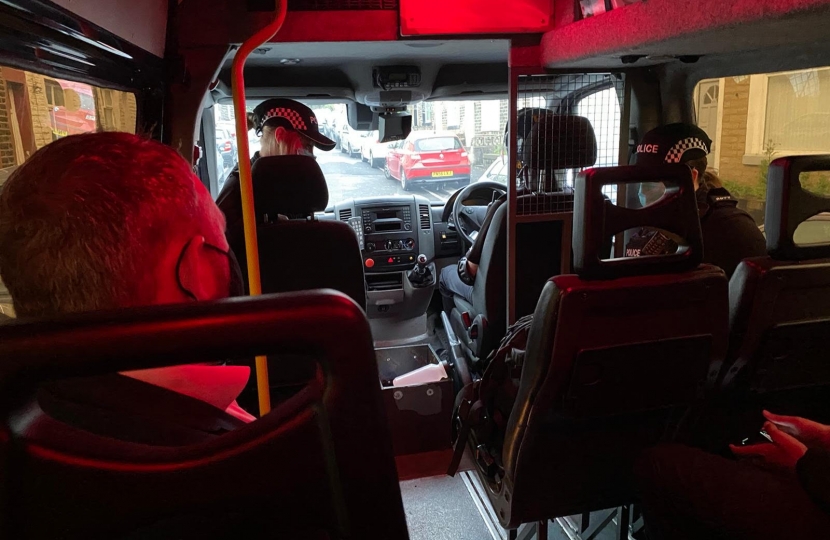 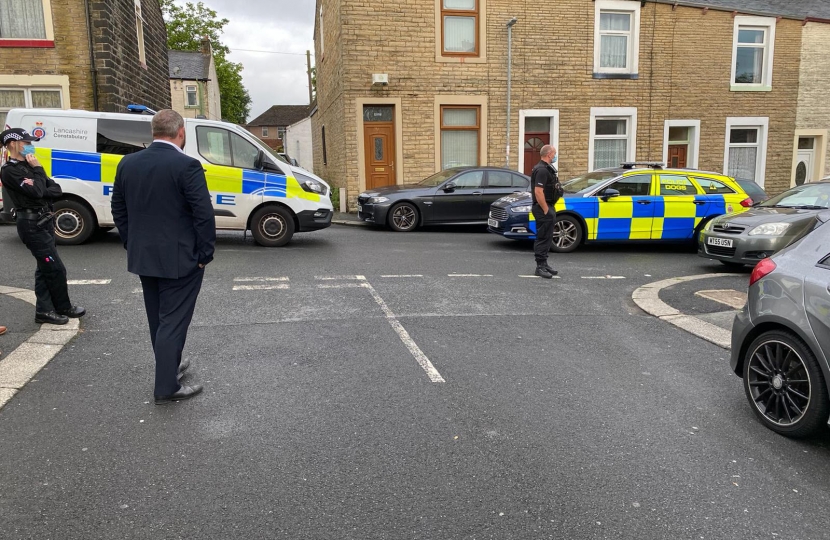 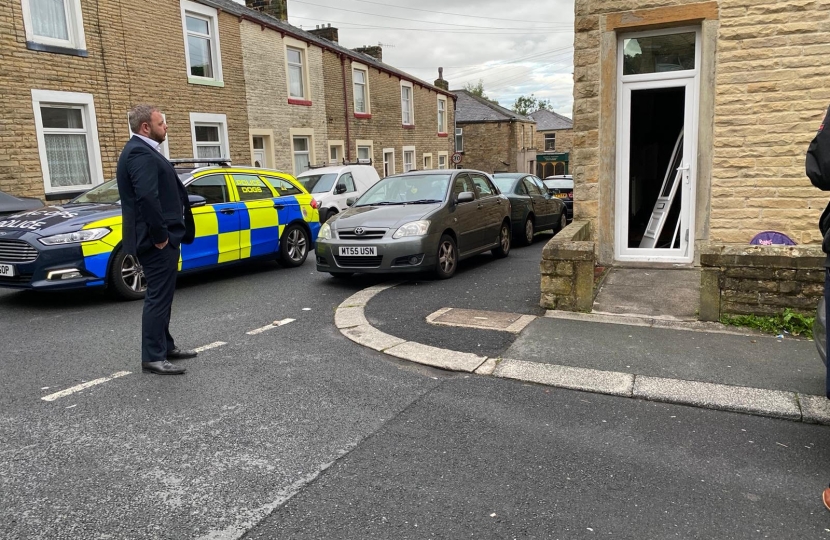 This week local MP Antony Higginbotham has called for continued resources to be given to Burnley and Padiham Police to support a crackdown on county line drug gangs; and then went on to join the Neighbourhood Policing Team taskforce on a dawn raid operation where nine people were arrested.

Speaking in the Commons on Monday Antony Higginbotham MP said:

Drug dealing is a despicable crime that preys on the vulnerable, damages communities and causes misery to so many. Locally the Burnley and Padiham Neighbourhood Policing team have set up a taskforce to tackle this issue.

So, could I ask the Minister to confirm that local police forces will continue to have the resources and support they need to really tackle this issue and rid our communities of it.

And will [the Policing Minister] meet with me, and our Police and Crime Commissioner Andrew Snowden, to see what more we can do on this issue.

Responding the Minister of State for Crime and Policing Kit Malthouse MP said:

I am always happy to meet with PCC and their Members of Parliament to talk about fighting crime and I’m very pleased that he is so embedded in the collective mission to reduce crime in his constituency.

He is quite right that we’re having enormous success with county lines and that is off the back of significant Government investment. I am hopeful that Police and Crime Commissioner’s can see the wider benefits of this program in suppression of violence in their own areas and will supplement the work we are doing.

But please be assured that we will be making a very strong case into the spending round for the continued investment. The one thing I have learnt Mr Speaker over the last few years about the Treasury is they like investing in success. And that is certainly what we’re having with county lines.

I promised that we’d take a tougher approach to crime and have been working with both the Police and our new Police and Crime Commissioner Andrew Snowden to tackle the issue head on.

Part of that is about introducing tougher sentences which we are doing, but also about giving the police the resources they need to crackdown on those who cause misery to residents in Burnley and Padiham.

On Tuesday morning Antony Higginbotham was also able to take part in a dawn raid carried out by Burnley and Padiham Police which saw a number of individuals arrested for drug offences in what is being hailed as a serious operation by the local police.