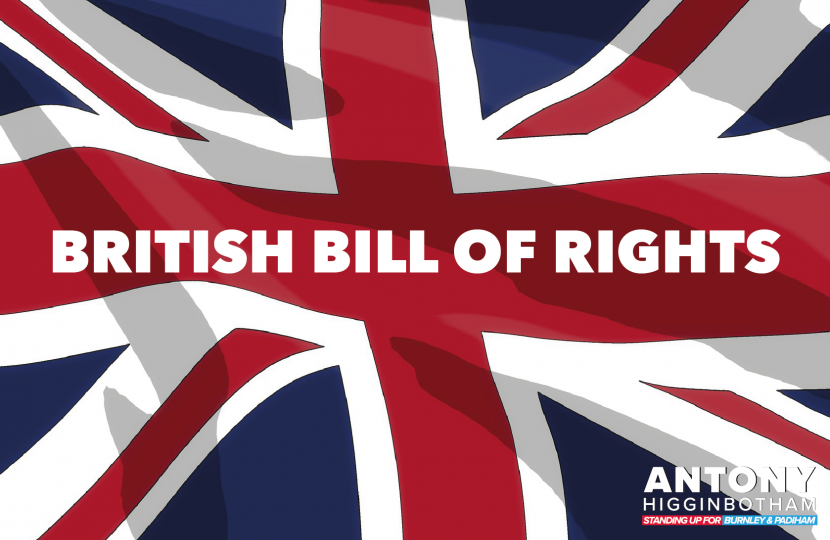 One of the greatest attributes of the UK is our deep-rooted understanding of rights and responsibilities. It’s what enables us to live in a free society and what has meant that over the last 800 years, ever since Magna Carta, we have seen the steady evolution of the rights that individuals enjoy in our country – something markedly different from other places around the world.

And it is this slow evolution which has guaranteed that every citizen now readily understands the concept of human rights; those which we as free people are born possessing. And as many readers will have seen, this evolutionary process is once again taking another positive step forward.

The Government has now introduced a new British Bill of Rights in Parliament, which we will vote on in this session, and which will update the Human Rights Act of 1998. Not only does this fulfil a manifesto commitment I and every Conservative MP made, but it is also necessary.

For years human rights lawyers, and the court system, have been able to apply a far too elastic interpretation of legislation, resulting in unfair decisions which have done nothing to promote the positive perception that the public ought to have regarding human rights.

We’ve all seen the examples. Claims being made by some of the worst offenders and foreign criminals using the right to a family life, for example, to avoid deportation. And instead of applying a sensible public safety test to this, as judges did before 1998, the HRA has seen an expansion of judges allowing these people to remain.

This must end. If the public are to have confidence in the justice system, then a healthy dose of common sense needs to be restored. Otherwise, the concept of human rights will only come under further attack, hollowing out what we all take for granted.

Where human rights have been used to frustrate the deportation of criminals, the Bill will prevent misuse, ensuring those who pose a serious threat can be deported by restricting the circumstances in which the right to family life trumps public safety and the need to remove them.

The principle that responsibilities to society are as important as personal rights will be reinforced too. And the Bill will make clear that the UK Supreme Court is the ultimate judicial decision-maker on human rights issues. Because whilst our courts will still have regard for the ECHR – importantly a non-EU body - the separation of powers between Parliament and the judiciary must be respected.

These changes, which will be fleshed out over the coming months is about the UK forging a new, fairer path. One which will see all our rights respected, whilst ending the merry-go-round of legal challenges by those who pose a serious risk to society.