Delivering on your priorities 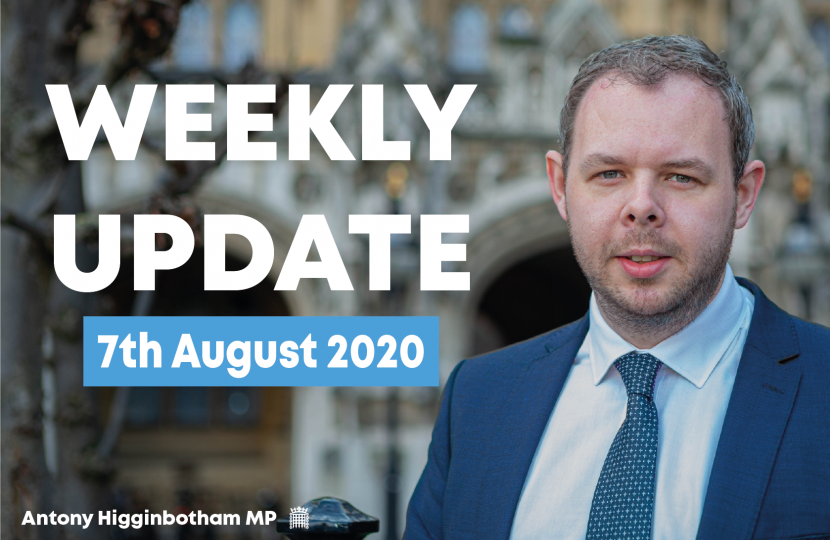 Two weeks ago marked a year since Boris Johnson took over as leader of the Conservative Party and Prime Minister of the country. And what a year it has been.

The first six months were characterised by the drama of a renegotiation of our exit from the EU and a General Election. Shaking off the shackles that had paralysed our politics since 2016 by creating a vision of what we wanted from our EU exit and then asking the country to have its say.

It is the last six months that we will remember the most though, when our country has been grappling with the biggest challenge in a lifetime. A healthcare and economic emergency that spread rapidly around the world, hitting different countries in different ways. Our focus has always been shielding people from the worst impact – from those asked to stay home because of underlying health conditions to the financial firepower used by the Treasury to protect as many livelihoods as possible. And this has been matched with the biggest ramp up in NHS capacity we’ve ever seen, with Nightingale hospitals established at speed by our world class armed forces.

This was a Government, and I am an MP, elected on a clear promise to deliver real change and that means making sure we are continuing to do the things promised as well as tackling those issues.

For too long people haven’t felt safe in their home and on their streets. Now we have the first 4,000 of the promised 20,000 police officers recruited; tens of thousands of pounds coming to Burnley under the Safer Streets Fund; and police officers getting a pay rise as they deserve.

And Burnley and Padiham forgotten no more. I have consistently spoken up in the House of Commons chamber and privately with Minister’s about our local priorities, from investment in the town centre to the need for us to create a local environment where businesses can flourish. That’s how we will bounce back from this crisis and create the jobs we need.

We need to transform our town centre in Burnley too, giving it the footprint needed to avoid a slow decline. After much lobbying the Government has now awarded the town over £3.6m to help deliver the new Pioneer Place development. This will create jobs in the short term as construction ramps up as well as bringing business investment in with more retail shops and restaurants locating here.

The job is not done, and our borough has been hit hard by Coronavirus. I’ll keep working with Government to drive investment into Burnley, delivering on your priorities, so we can bounce back and keep our borough as place where people want to live, work and bring up their family.