A focus on Towns not Cities 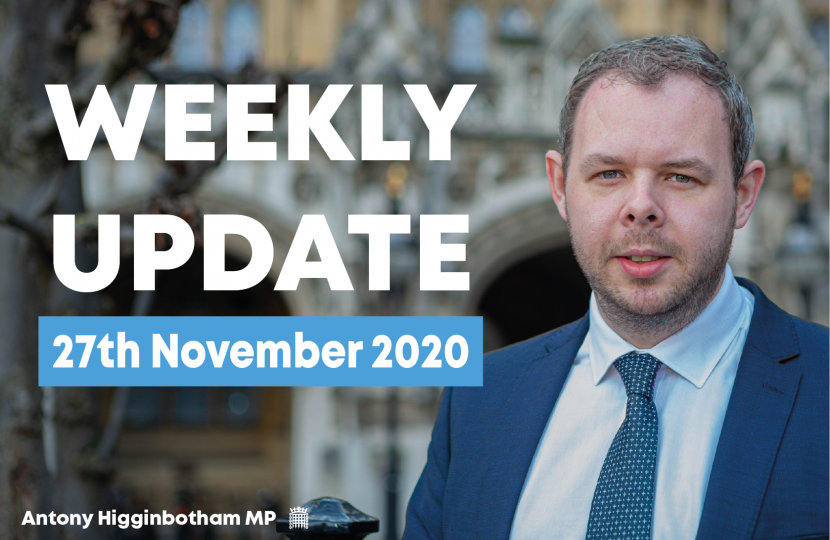 Earlier this week the Chancellor announced the outcome of his Comprehensive Spending Review. The backdrop to this, as we all know, is an unprecedented economic situation. As he laid bare in the House of Commons Chamber, the economic contraction this year is forecast to be over 11 per cent, representing the greatest fall in more than 300 years.

Despite this backdrop, the Chancellor announced an optimistic route forward. A route which prioritises getting through the Coronavirus pandemic and then focuses directly on the priorities we have.

As the Prime Minister said on Monday some challenges still remain. But we also have real cause for hope. A vaccine is now closer than ever before – with three credible candidates, all of which are progressing through the regulatory process to ensure that they are safe. Work is underway looking in depth at the clinical trials that have taken place; centres for administering the vaccine are being identified and made ready; and the Government have secured access to 355 million vaccine doses already.

In the interim, the mass testing which has brought the number of infections down in Liverpool so effectively, is being rolled-out nationally. In Lancashire we have been receiving tens of thousands of these on top of the normal testing stations.

And for the Chancellor’s part he has left nothing to chance. Next year more than £55 billion will be spent on supporting the Covid-19 response. That includes more than £6 billion for vaccines, £3 billion helping the NHS catch-up on delayed appointments, and further support economic for businesses who need it.

Delivering on the promises made in December 2019, and focusing relentlessly on the priorities we all have, remains key though. Covid-19 has impacted all of us enormously but as we look to the other side, we must start to build back better than before. Not focusing on the cities but on towns like ours.

That is what the Chancellor announced. He re-wrote the Green Book which sets out the criteria for public investment which for too long that has prioritised investment in places like London – ignoring the places where it will have the biggest impact on tackling regional disparity. Capital investment, in everything from road and rail to town centres and schools, will be at the highest level for more than three decades, which can only benefit places like Burnley and Padiham.

And in order to ensure we can focus on these priorities, whilst recognising the difficult economic circumstances we are in, some difficult choices have had to be made. I know some will be disappointed in the reduction in overseas aid spending, but I firmly believe that this was the right decision. Our commitment to the world’s poorest remains as strong as ever but with times as tough as this, with jobs being lost and hours cut, we must focus on the needs we have at home.

Finally, I wanted to mention Christmas. This is an incredibly special time for families across the country. It’s when we come together, see each other and celebrate. We know this year it will be different, but it is very welcome that the Prime Minister has worked hard to try and make it a special day nonetheless.

This year, between the 23rd and 27th December, families can form a ‘Christmas bubble’ composed of people from up to three households. Working with the devolved administrations also means that families who live in different parts of the country can also get together.

It may not be perfect, and we will need to remain mindful of the risks for those we want to be with, but it will allow many to spend time with loved ones over the festive period, something every one of us is longing for.

With hope on the horizon, whatever the next few weeks bring, I hope we can all start to look forward with a sense of optimism. And, as ever, I will do whatever I can to support residents and businesses get through the next few months.

Securing a Levelling Up Fund for Burnley and Padiham

For too long we as a town have been forgotten and I have been consistently raising the exciting prospect of our Borough securing levelling up funding.