How and why I came to the view I did. 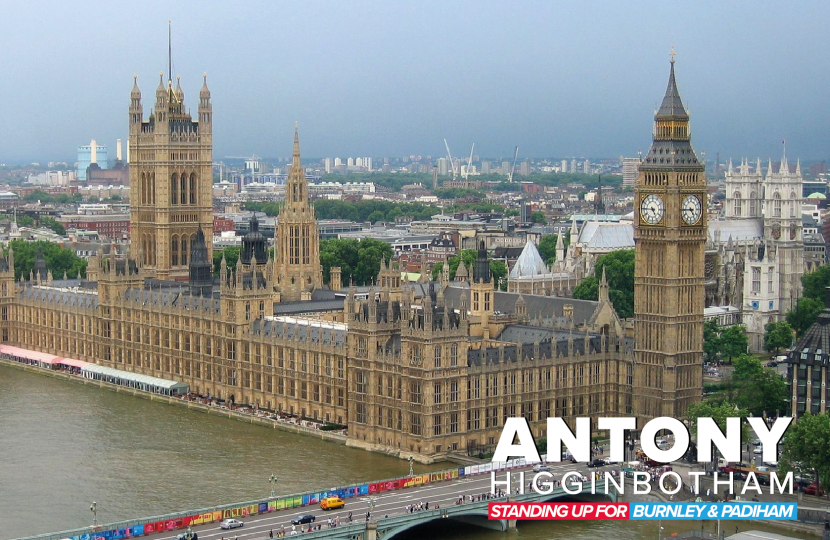 On Monday, after months of speculation, a Vote of Confidence was announced in the Prime Minister. And whilst I know that not everybody will agree with the position I took, as is always the case in politics, I want to set out how and why I came to the view I did.

On 12 December 2019 thousands of residents across Burnley and Padiham put their trust in me to make big changes in the way our borough was represented. It was and remains a great responsibility and is something I think of daily as I work to repay the trust.

And it was also a vote for a government led by the Prime Minister, Boris Johnson. Since then, and despite the substantial challenges faced, we have seen more focus from Government on our area than ever before. Tens of millions of pounds has been invested to regenerate our town centre, deliver flood defences, expand educational opportunity and more.

And we have seen the big calls taken by the PM to deliver for Burnley and Padiham. Brexit delivered, vaccines rolled out, and unemployment falling rapidly through the Plan for Jobs.

To take a decision to remove a Prime Minister, who was resoundingly supported by residents in our borough at an election just two years ago would be a big step. And not one taken as lightly, or with as much glee, as those in the Labour Party seem to suggest.

As with many, I was and remain disappointed in events that took place in Downing Street. Some, including those in the media and Labour, have suggested that because I think this I must also believe the PMs removal to be the only consequence available. I do not. I must consider where we go next; how we continue to transform our borough; how we create good quality jobs and opportunities locally; and how we deal with the big issues that residents are facing.

I speak to residents every day and I know that whilst many are frustrated at Boris, many more want us to get on with the job of governing the country and improving lives locally. The changes in No10 are welcome and, as Sue Gray says herself, now need time to bed in.

The PM has demonstrated that he is backing our borough more than any other PM ever has. And for that reason, he received my support. That’s how we secure the best result for Burnley and Padiham and continue to be at the centre of the levelling-up agenda.