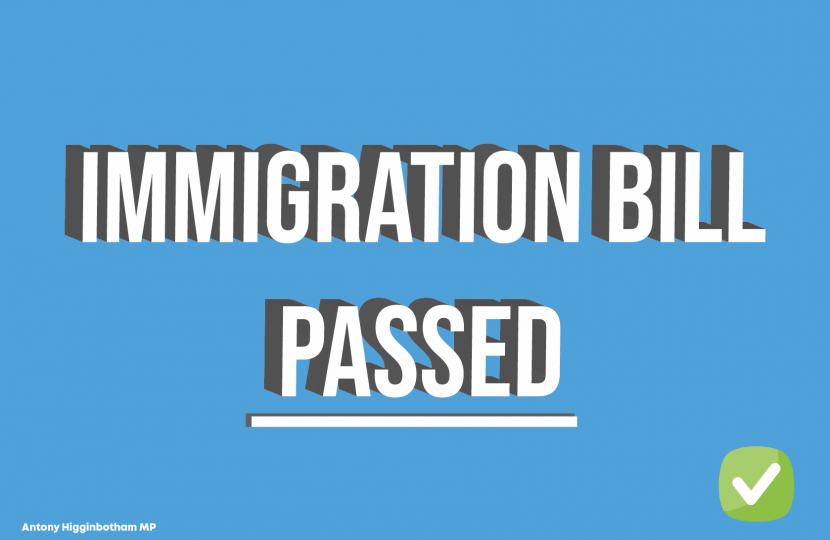 MPs have this week approved a landmark immigration Bill which ends freedom of movement in the UK, ready for the introduction of a new points-based immigration system from January.

The Immigration and Social Security Co-ordination (EU Withdrawal) Bill was approved at third reading by 342 votes to 248, with a majority of 94, thereby clearing all stages in the House of Commons.

“I promised I would return control of immigration from the EU to the UK and that’s what this Bill does. We now need to build a fairer, global immigration system which considers people based on their skills, rather than nationality. That’s what a points-based system will do. It will allow us to prioritise those with the highest skills and greatest talents, including scientists, engineers, academics and innovators.

I have always believed that the new system is more than simply controlling immigration and am glad that the Government has committed to reducing the overall levels of migration, while ensuring we attract the best and brightest from across the world.

This process is about the creation of a high wage, high skill, high productivity economy and I welcome this approach as the UK needs to move away from relying on cheap labour from Europe and focus instead on investment in technology and automation”.

Whilst Conservative MPs, including Burnley’s MP Antony Higginbotham, backed the new Immigration Bill Labour voted against the proposals which would see free movement from the EU end.

Home Secretary Priti Patel MP said in a statement after the vote: “Last year the British people sent a clear message that they wanted to end free movement and our landmark Immigration Bill delivers exactly that. Labour voting against this Bill shows that while their leadership may have changed, their determination to deny the will of the people has not.”

It will now be considered by peers in the House of Lords.