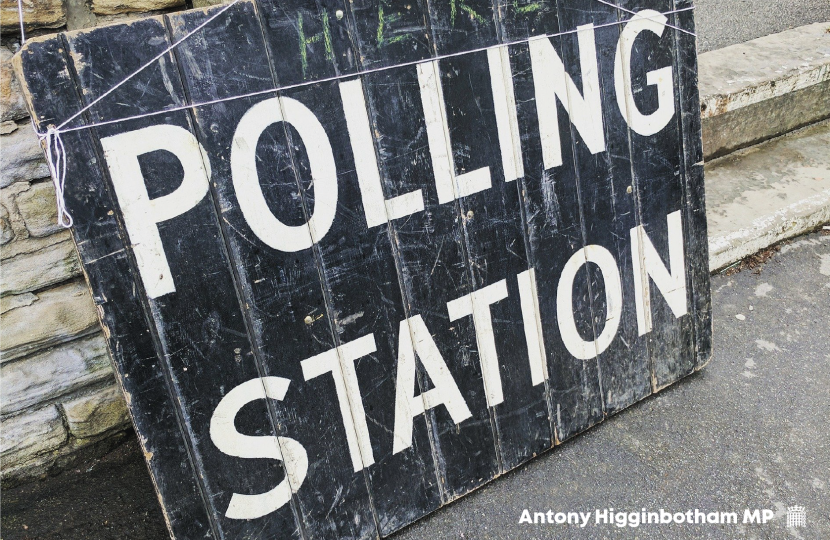 When I got elected in December 2019 it was to do things differently. To be a visible, vocal champion for Burnley and Padiham and to drive Government focus and investment to our area. It was also about delivering on the priorities of residents here – something that I firmly believe all in elected office should do.

Because for too long our Borough had been forgotten. And not just financially. Our voice was not being heard in London when it came to the big decisions. Part of that was the Brexit debate where we lacked proper representation in Parliament, but it was also about crime, where criminals saw the law as a soft touch; an open door immigration system which discriminated against people based on where they came from in the world; and crucially a lack of focus on where Burnley and Padiham’s local economy was heading. Living through a pandemic over the past 12 months has been tough for us all but as we come through it building back better from Covid needs to be our focus.

Delivering on your priorities has always been my driving principle and over the last 16 months I’ve done just that.

We’ve increased police numbers; tackled criminals head on with tougher sentences; took back control of our borders with a new points-based immigration system and an overhaul of our asylum laws; invested heavily in the NHS, with the biggest cash increase in modern memory, meaning not just record numbers of doctors and nurses but also Burnley Hospital being able to benefit from a £1.8 million upgrade programme. And this is alongside the unprecedented level of financial support that I have lobbied hard to make sure the people of Burnley and Padiham have received to get them through the pandemic.

But there is still a lot to do and we need that same focus on your priorities locally. That’s why these local elections are so important. Burnley and Padiham needs representatives at every level who can work together to improve our area and deliver on your priorities. Not sniping from the sidelines, as we so often see, or focusing on niche issues. And this year, with 3 elections taking place on the same day, it will be the biggest local elections ever fought in Burnley and Padiham.

Instead of the same, tired old setup that many will relate to when they think of Burnley Council I’m working with committed local people who want to make a real difference and deliver on the shared priorities of residents. That means freezing council tax until our economic recovery is secured, supporting our local businesses bounce back by reducing bureaucracy, and protecting our green spaces that are being built over because of the Local Plan. These are all things that can be done at the Town Hall, but they require the political drive to do so.

At County we are finally seeing the tide turning, with records being invested in improving our roads and infrastructure, but it isn’t a quick task.

And for the Police and Crime Commissioner it’s time someone was in that role who believes in backing our Police and getting tough on crime. The current Labour incumbent represents a party that has, at every turn, opposed the measures I’m working hard to introduce to bring in tougher sentencing, crack down on violent and sexual offenders, target anti-social behaviour and punish those who assault our emergency service workers. As we get our share of the extra 20,000 new officers being recruited, we need them to have the backing they need to fight crime on our streets.

Politics is all about working as a team. Using all the levers and levels available to make the really big changes to our area which will level-up and improve life chances. I firmly believe that when we do that as a Conservative team, focused on your priorities, we do it better than anyone else. Strong local councillors in the town hall. A Conservative administration running Lancashire County Council. And a Police and Crime Commissioner who will stand up and get our new officers out on the streets where they’re needed most.