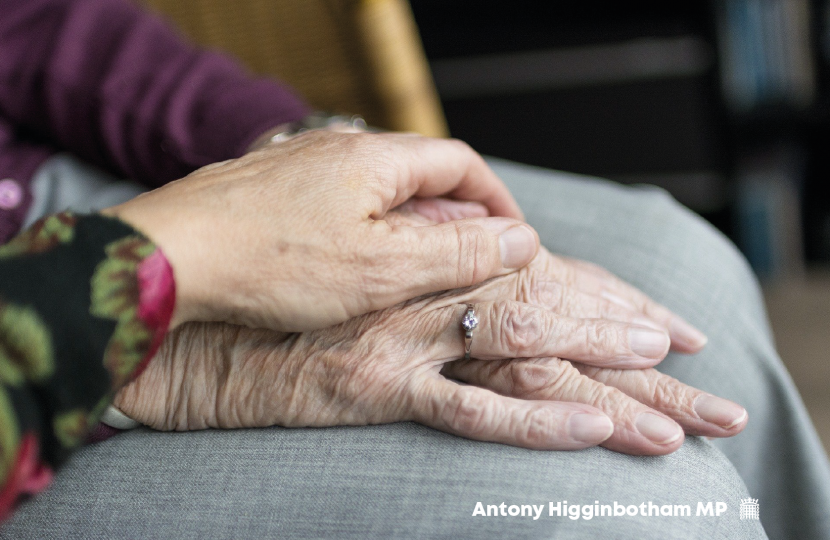 Burnley and Padiham MP Antony Higginbotham says difficult decisions had to made in order to help a social care system in "dire need of reform".

Mr Higginbotham was speaking after Prime Minister Boris Johnson abandoned his election pledge not to raise National Insurance in a bid to overhaul adult social care and deal with the NHS Covid backlog.

In a Commons statement earlier this week, the Prime Minister announced a UK-wide 1.25% health and social care levy based on National Insurance contributions..

This will fund a three-year £36bn package to help clear the NHS treatment backlog caused by Covid, and reform social care.

Social care will receive £5.3bn in the first three years of the levy, with the rest of the £36bn going to the NHS.

From October 2023, anyone with assets under £20,000 will have their care costs fully covered by the state, while those with between £20,000 and £100,000 will be expected to contribute to their costs but will also receive state support. No-one will have to pay more than £86,000 for care costs in their lifetime.

The social care system in the UK has been in dire need of reform, not just for years, but for decades. Because it is the current system that sees families lose everything they’ve worked for, without any cap on costs and without any agreed standard.

I, like so many residents, have seen this in my own family. Illnesses like dementia bring not just emotional strains for families who want to care for a loved one, but financial worries too.

That’s why I’ve always been clear that any solution must give every person in Burnley and Padiham the dignity and security that they deserve. And with an entirely new area of government spending, of more than £12bn a year, which includes the NHS being able to catch up, as well as social care, we must find a way to pay for it.

Through the proposed levy, which will be ring fenced, the highest paid will contribute the most, small businesses will be protected, and all those who seek support from the system will pay in.

This is about taking the difficult decisions needed to not only find a solution to the problem of social care, but crucially to have a properly funded plan to make it a reality. Rather than kicking the can down the road yet again.

Across Burnley and Padiham, we are served by some amazing GP surgeries. However, one of the issues that has now become a recurring theme is the struggle that many residents in the borough are having in getting a face-to-face appointment with their GP at the moment.