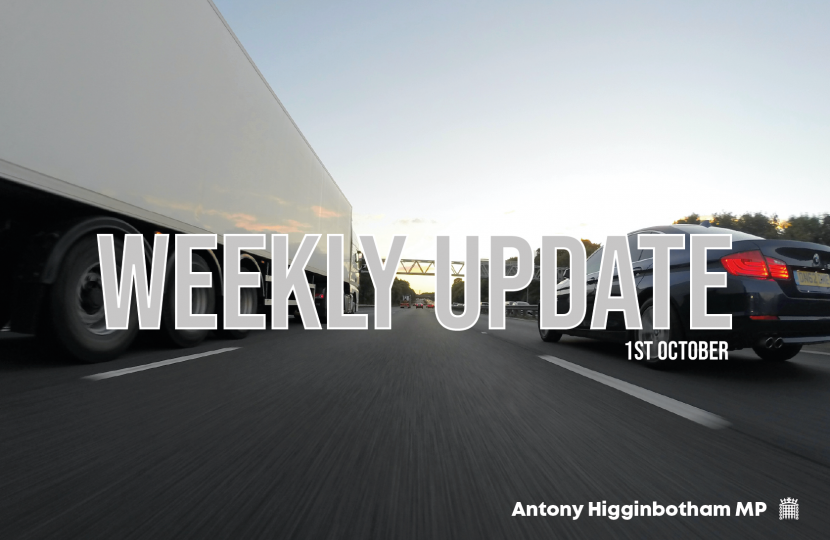 The last week has been dominated by the mass buying of fuel from petrol forecourts and anyone who follows me on Facebook will have seen that I have consistently been putting out the message that there is no shortage. Because that is the message I have been receiving loud and clear from Ministers and from the industry.

When the story was first reported just a week or so ago, the media was keen to play up to the idea that we could be seeing mass shortages of fuel in the run up to Christmas. Stories plagued the internet about forecourts running empty and images of the fuel crisis of 2000. And the consequences of that have been clear for everyone to see.

People, fearful of being able to get to work and go about their lives, have changed their habits and started to fill tanks to the brim when they might otherwise not have done so. And in an industry which relies on forecasting demand and matching deliveries to that, the sudden change just couldn’t be managed.

The situation is now changing though. With most people having filled-up, demand is starting to fall (you can’t keep stocking up on fuel once your tank is full!). Combined with this, the UK Government’s tanker reserve fleet – a store of government owned fuel tankers – is hitting the roads with civilian drivers from industry to add capacity to deliveries and the army is being deployed to add a further resource. So my message to residents is please, remain sensible – get fuel when you need to but don’t panic buy.

Addressing the underlying problems, of a shortage in HGV qualified drivers, will take some time too. The DVSA, which runs the testing, needs to rapidly up its game and the Secretary of State for Transport confirmed this week that they are now doing this, with capacity ramping up by more than 50%.

But it goes deeper than that. Driving HGVs is a highly demanding, and highly skilled job. But for decades the role has been hollowed out, with UK drivers undercut by foreign labour and wages supressed as a result. And that was only possible because of EU freedom of movement rules.

Now that we are out of that system, we have an opportunity to drive up pay and conditions – putting the onus back onto hauliers to improve the job offer and entice people into the industry. In the last few months alone we have seen pay rise sharply and this looks likely to continue, and it also needs to be matched by improved conditions at rest stops and measures to get a better work-life balance.

Instead of supporting these measures, however, the Labour Party are instead calling for the issuing one hundred thousand visas. That is a colossal number that will do nothing to address the underlying challenges but will swamp us with the same cheaper labour which has led to the undercutting of UK workers in the first place.

The disdain they continue to have for Brexit, and those who voted for it, continues to feed into everything they think and do. Rather than embracing the opportunities to use our new independence to drive up standards and pay they instead hark to fear mongering and greater alignment with EU rules.

The coronavirus pandemic has impacted every major economy in the world. Supply chains have been disrupted, global shipping stopped and restarted, and Government intervention increased exponentially. As we leave this behind, gear up for growth again, and resume supplies back to normal levels there will be difficulties to overcome. But the answer cannot always be to simply revert to the old Brexit battles.

The last week has been unlike any other I’ve experienced. On Friday, like all my colleagues, I was out doing things in the constituency.