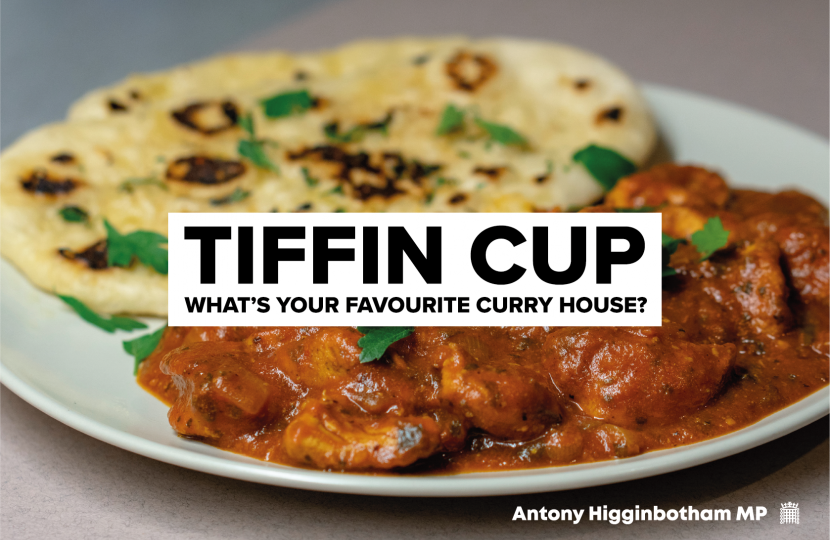 The Tiffin Cup is a competition held each year to find the most popular South Asian restaurant in the country.

And Antony plans to put in a nomination for Burnley and Padiham.

Each MP gets to nominate one restaurant from their area so he's asking residents - who deserves to be Burnley and Padiham's nomination?

Let him know your favourite by filling in the form below. The most popular will be our borough's nomination.

Once nominated each restaurant put forward by MP's will then be tested by a mystery diner, and the best ten are shortlisted and invited to a cook-off with a judging panel, chaired by Celebrity Chef Ainsley Harriott MBE.