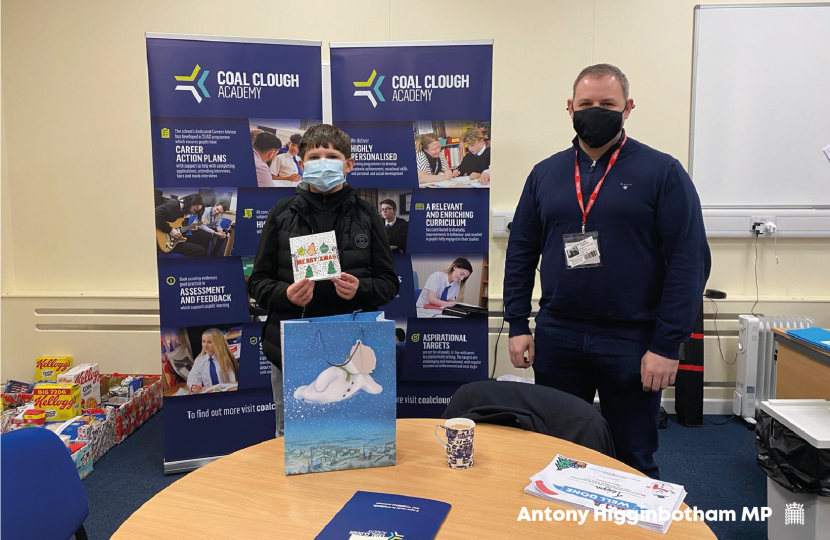 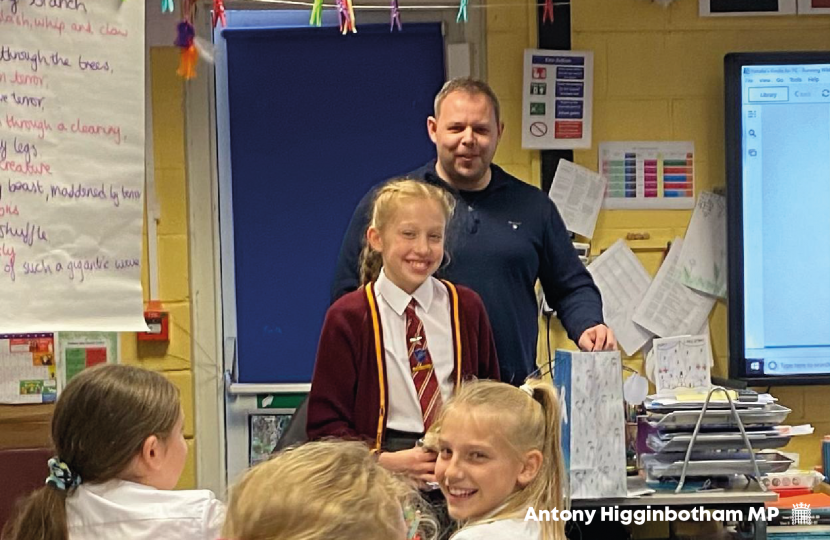 Antony Higginbotham has unveiled the winning designs for his official Christmas card this year after running a competition for Burnley and Padiham school children to find the most creative designs. Hundreds of entries were submitted from all age groups with two winners being announced this week.

Speaking about the competition Antony said,

“When I first got elected last December I received hundreds of cards; from fellow MPs, local residents and other groups. This Christmas I wanted to send out my own and in doing so wanted to reflect the best of Burnley and Padiham by showing the brilliant creativity of our young people. With that in mind, I decided to run a competition for a card design which all local schools were able to participate in”.

Jay Jay Cropper, a year 9 pupil at Coal Clough Academy and Maisey Ainsworth, a year 6 pupil at Wellfield Methodist Anglican Primary School have both won the competition which will see Antony’s Christmas card split between the two designs.

Commenting on the winners Antony said,

“I’ve seen so many great designs and there’s no doubt that we have some amazingly talented children in our borough. With so many creative entries it was hard to choose and I’d like to thank every school who took part. But two definitely stood out - both Jay Jay and Maisey should be proud of themselves”.

The winning designs will now be used by Antony as his official Christmas card which will be sent to more than 700 people, including people across the borough and Westminster, with a card even going to the Prime Minister.

Improving opportunities across Burnley and Padiham

Making sure that every child in our borough has the opportunities to succeed through world class education, through primary secondary and further education facilities fit for the 21st century.