I will always back the British Union 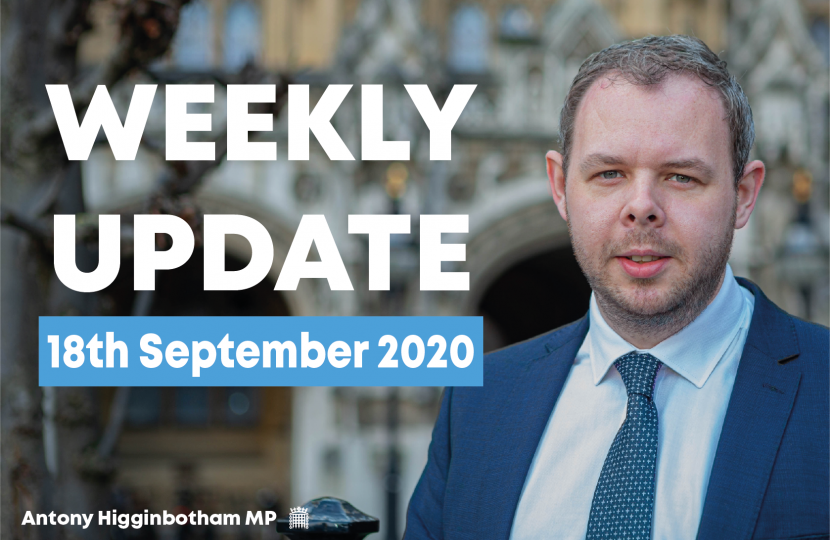 This week Parliament has been debating the UK Internal Market Bill, a flagship piece of legislation that protects and strengthens the union of the UK, backs the PM and our EU negotiating team, and supports UK businesses.

I know some have queried why this is needed. This is largely because of the devolution set-up we now have. When we entered the EEC in 1973 the UK didn’t have a Parliament in Scotland, or Assemblies in Wales and Northern Ireland. When devolution occurred in the 1990s it therefore did so with the EU single market as its backdrop. Those devolved administrations could not implement rules that restricted trade between the nations of the UK nor between members of the EU.

And so as we leave the EU and reclaim our sovereignty, with a huge transfer of power to the devolved administrations as well as the UK Parliament, it is essential that we ensure those same protections apply. That goods or services provided in one part of the UK can legally be provided in every other part of the UK.

This legislation provides for that. It ensures that we have common standards across the UK on food, services and products. That’s why the SNP is so vociferously against the legislation – because it strengths our Union and prevents barriers being put up between the four nation. And it backs business. Giving them the ability to trade across the UK as they have done for hundreds of years.

But we have seen the news dominated by cries and clamours from Labour, the Liberal Democrats and the SNP about the Bill. And all this as a result of our commitment to back the UK, and Northern Ireland’s place in it, rather than the EU.

As those who followed the Brexit negotiations closely will know, a lot of time was spent on establishing the Northern Ireland Protocol within the Withdrawal Agreement. It sets out, in high-level terms, how we avoid a return to border infrastructure on the island of Ireland. That is something I am as committed to today as I was when I voted to get Brexit done back in December.

That Protocol and Agreement also required, however, both the UK and EU to negotiate in “good faith” to protect the Good Friday Agreement and reach a free trade deal. Because ultimately that is how we move forward together.

Without that trade agreement the EU contents that all goods must be checked in the Irish Sea. That tariffs must be paid as though the goods were to enter the EU. That goods deemed safe for sale in Great Britain may not be safe in Northern Ireland.

The demands are not only unreasonable but risk undermining the territorial, economic and political integrity of Northern Ireland in the UK, whilst at the same time doing enormous damage to the Good Friday Agreement. And it does not represent good faith.

This Bill therefore gives us a fallback mechanism that can be used if no trade agreement is reached that protects our country. It keeps options on the table and reaffirms to all that our UK Parliament is sovereign. That our Parliament makes laws in the interests of the whole of the UK. I will never shirk my responsibilities, nor will I ever stop standing up for all four corners of our nation.

The ball is therefore firmly in the EU’s court. By negotiating, in good faith, to find an agreement that respects our status as a sovereign country and we can move forward as friends and allies. But if that isn’t possible, there is no doubt about our commitment to protecting our own sovereign integrity, the Good Friday Agreement, and businesses across the UK. I will always back the British Union