Our Exit from the EU cannot be delayed 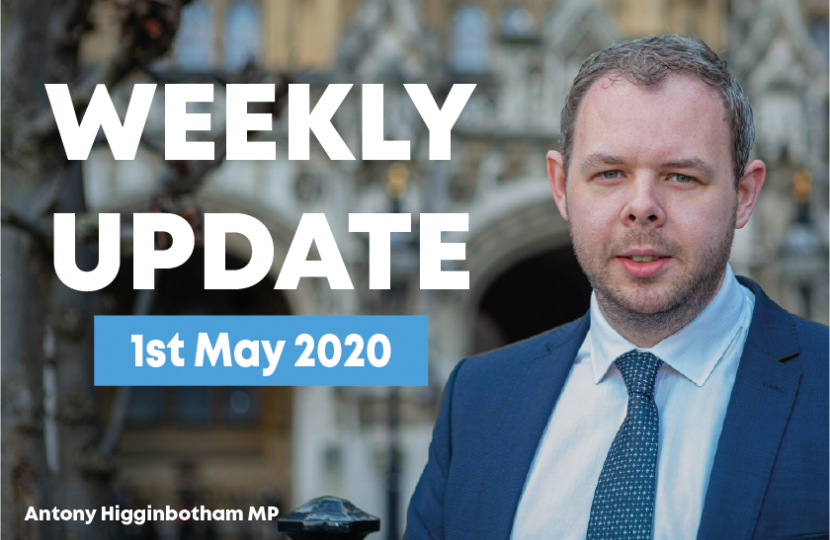 Over the last 7 weeks I have devoted my weekly column to keeping you informed about the latest Coronavirus news, from outlining the support being made available to praising our public services. That has been not only important, but necessary. This week, however, I wanted to provide an update on the status of our negotiations with the EU on securing an agreement on our future relationship. The first vote I took in the House of Commons was for the UK to leave the EU. And in 8 months’ time the transitional period we secured, to give time for those negotiations to complete, will be over.

As many of you will know, I was elected by my colleagues in Parliament to sit on the Future Relationship with the EU Committee. My role as a member of that Committee is to scrutinise the progress Government is making in agreeing a trade deal that works for us and, importantly, which delivers on the election promise I made to you.

This week we met virtually in public for the first time to put questions to Michael Gove to discuss the first two rounds of talks. The first topic of conversation inevitably turned to talk of an extension, with anyone who has followed this aware that there has been a  growing noise for an extension to the transition period on the basis that the talks have had to take place over video conference, rather than in person. I am pleased that this has not only been completely ruled out by the Government, but the law changed so that it cannot happen. Businesses up and down the country are adapting and it is right that our negotiators do the same.  The Coronavirus pandemic only goes to show why it is important we conclude negotiations as quickly as possible. As Michael Gove said during the Committee meeting, if we were to extend, it would involve us paying more money into the EU at a time when that money could be spent on our NHS.

I also used the meeting to question the difference between the UK and EU negotiating positions and whether the EU were now negotiation on terms acceptable to us. This is not about point scoring but asking that we get treated as equals. Unfortunately, that still does not seem to be the case on all areas and for progress to be made, this most fundamental point must be accepted. On areas from fishing rights to state aid, the EU continues to ask of the UK something it has not asked of any other trading partner.

Brexit has always, in my view, provided this country with unique opportunities around the globe but to do that we must ensure the EU deal does not bind our hands as we negotiate with others. The good news is that, despite some of the public rhetoric, work is moving forwards and the UK has shared with the EU a full draft free trade agreement which is being discussed. With good will on both sides, a deal is there to be done.

Antony backs calls to stamp out assault against first responders.

The biggest issue in tackling violence against first responders is the lack of evidence when bringing prosecutions. Antony asked the Solicitor General what steps are being taken to ensure to CPS has access to evidence, including providing emergency services with body cameras.