The Solution to Illegal Immigration 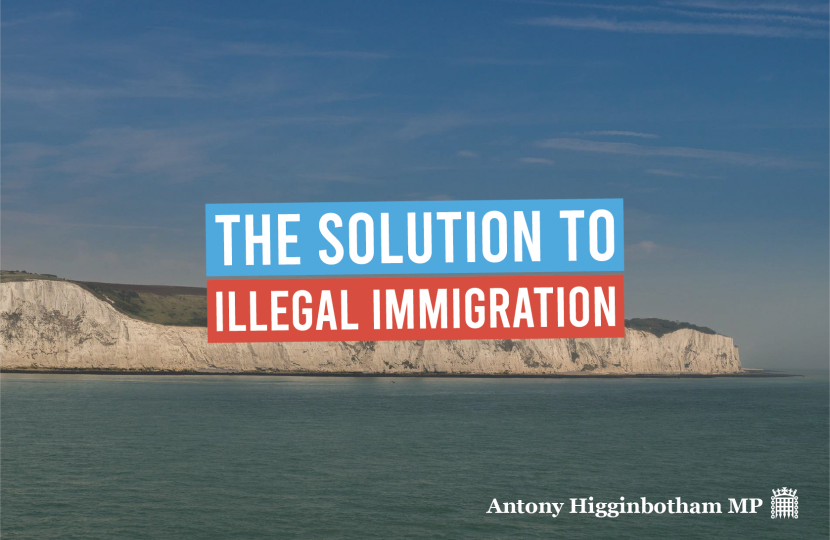 I have written in this column before about the unacceptable scenes we’ve seen in the English Channel, with illegal small boat crossings. It has been frustrating for me to see them, and I know from speaking to residents this frustration is shared.

Over the last year, we have been working in Parliament to pass legislation to tackle this issue in the form of the Nationality and Borders Bill. It will, for the first time, give the Home Secretary the authority to establish offshore processing centres in third countries – much like Australia does – as well as bringing in a default position of non-entry for those using illegal routes. At every turn, in both the House of Commons and House of Lords, this legislation has been blocked by opposition parties including Labour and the Liberal Democrats. Even now they continue to block it – standing firmly on the side of criminal people smugglers and those who want to abuse our system.

But next week, when Parliament returns from recess, the Bill will be back before the House of Commons for us to push it through.

And on Thursday the Prime Minister and Home Secretary announced what would come next, with a landmark deal with Rwanda having been signed. Under this agreement, those who enter the UK illegally will be sent to Rwanda, where they will remain whilst their application is processing. Whilst I have no doubt that opposition political parties nationally and locally will oppose this, I remain a firm supporter.

When Australia introduced a similar policy, it drastically reduced the number of illegal crossings and I have every belief it will do the same here. Overnight the business model for people smugglers will be destroyed, with those coming under no doubt that on arrival they will be met with a ticket straight out of the country.

Reception centres are also now being established here at home, to house those who enter legally but whose applications are outstanding. It will end the use of costly hotels, and place strict curbs on what those in this country can do whilst they await a decision on their application.

Finally, the Royal Navy will be given full authority to police the English Channel, with responsibility for finding small boats and taking them to shore, where officers will be waiting ready to escort to the airport.